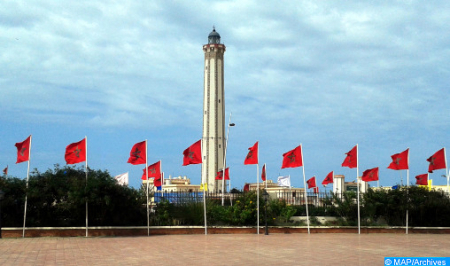 Spain’s shift in position regarding the Moroccan Sahara issue is “a hard blow” for the polisario and Algeria in addition to being “a diplomatic victory” for Morocco, the Czech press commented on Monday, pointing out that this is a turning point in this regional dispute. “After the United States, France and Germany, Spain announces its support for the Moroccan initiative on the Sahara: a historic turnaround,” writes Czech magazine “Leaders”, stating that Madrid has changed its position on the Sahara issue and now supports the Moroccan autonomy plan described as “serious, credible and realistic.” Quoting excerpts from the message addressed to HM King Mohammed VI by Spanish PM Pedro Sanchez, the magazine notes that Spain’s new position is “a blow to the polisario and Algeria” and reinforces Morocco’s position concerning its sovereignty over the Sahara. In the same vein, “Parlamentni” newspaper stresses that Spain highlights the importance of the Sahara for Morocco and praises the efforts made by the Kingdom within the United Nations to settle this regional dispute, stressing that Spain and Morocco are determined to move forward and to open a new page in their relation in order to guarantee the stability and territorial integrity of both countries. The support given by Spain to the autonomy plan for the Moroccan Sahara, after that of the United States, France and Germany, meets the demands of the population of the region to put an end to this dispute that has lasted too long, concludes the newspaper.