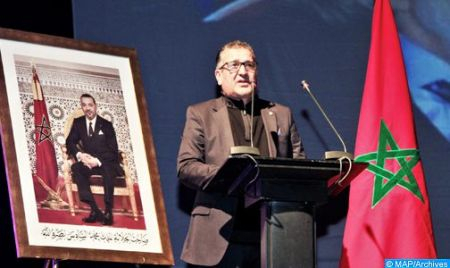 Spain’s new position in favor of the Moroccan autonomy initiative in the Sahara is “a courageous position that has ruled on almost half a century of hesitation between the right position and local calculations,” wrote Abdelhamid Jmahri, editor of the daily “Al Ittihad Al Ichtiraki”. In an editorial to be published this Tuesday in the daily, Jmahri commented on the position expressed by the President of the Spanish government, Pedro Sanchez, according to which the Moroccan autonomy initiative in the Sahara is “the most serious, realistic and credible basis for resolving the dispute”. In this text “Pedro Sanchez, the man of the historic détente”, the author stressed that the name of Sanchez will be associated with the history of Spain and relations with Morocco and the Mediterranean region as the president of the Spanish government who made a major breach in the Mediterranean geostrategy in the west and broke a glass ceiling that the last decades had placed on the head of every politician in the country of the northern neighbor. The man (Sanchez), born 50 years ago in the district of Tetouan in Madrid, took a courageous position to which none had preceded him, when he decided, in a message addressed to HM King Mohammed VI, on nearly half a century of hesitation between the timely position and local calculations, he added. Noting that Sanchez had brandished the slogan of change in the congress that will elect him as first secretary of his party, Jmahri said that one of the points of this change affects the southern neighbor. In this regard, he stressed that the message that Sanchez recently sent to His Majesty the King and in which he announces his courageous position, reaffirms his belief that “Spain and Morocco are today and more than ever two countries united by many ties, not only at present, but through a strategic relationship looking to the future. Spain and Morocco are today a good example of what the neighborhood should look like with its geographical and historical conditions, and how it turns into an intense and fruitful relationship between two friendly countries”. The Spanish socialists, especially the top leaders, were in absolute agreement with Morocco and probably paved the way for Pedro Sanchez, but the truth is that it was he who had the courage to tell the truth while in office, not after he left, concluded Jmahri.