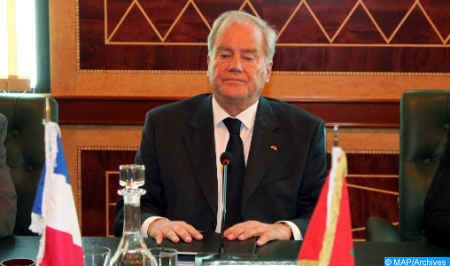 Spain’s new stance recognizing the Moroccan autonomy initiative in the Sahara as “the most serious, realistic and credible basis” for the resolution of this dispute is a “big step” that allows to clear up any “clouds” between the two countries, which “penalized the cooperation between Europe and Morocco”, Christian Cambon, president of the France-Morocco friendship group in the Senate said on Monday. “I am very pleased that the Spanish government has taken the decision to recognize this plan, because it gives back to the Moroccan-Spanish relationship all its importance,” Cambon told MAP. “In these times of crisis and global difficulties, we need a lot of solidarity with Morocco, which is a friendly country,” he said, noting with “great satisfaction” the evolution of Madrid’s position on the Moroccan Sahara. Each country that recognizes the merits of the autonomy plan proposed by Morocco to resolve the dispute over the Moroccan Sahara “is making a positive contribution to peace,” according to the French senator, who is expected on an official visit to Morocco as of Wednesday. Recalling the position of France “which has long supported” the autonomy plan for a fair and negotiated solution under the aegis of the United Nations, Cambon said that the broad autonomy offered by Morocco “is likely to bring a solution to a very painful conflict.”