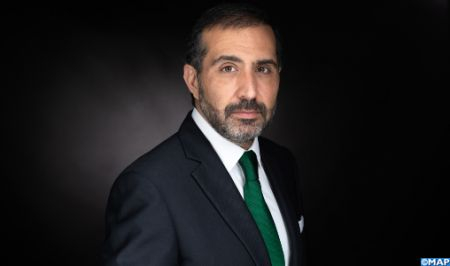 By formalizing its support to the Moroccan autonomy plan for the settlement of the Sahara dispute, Madrid has inaugurated a new stage in its relations with Rabat, said Abdelmalek Alaoui, president of the Moroccan Institute of Strategic Intelligence (IMIS). “Until now, Spain displayed a form of benevolent neutrality towards Morocco (…). By formalizing its support for the Moroccan autonomy plan, Madrid has crossed the Rubicon and has clearly chosen its side,” Alaoui said in an interview with French newspaper “Le Monde”. Speaking of “a successful diplomatic coup” for Morocco, the IMIS president has outlined a “reconfiguration of alliances” in the region, in the wake of the new stage in relations between the two kingdoms. This decision, he argued, “is also part of a broader ambition to rekindle the relationship between the two countries after a period of severe turbulence in the spring of 2021 (…)”. Alaoui stressed, in this sense, “the personal commitment” of HM King Mohammed VI in this matter and the action of the Sovereign which led to this shift in Spain’s position. Madrid “has chosen Morocco – which is its largest trading partner in Africa – as a gateway to the continent, he said, noting that “broadly speaking, Algiers is increasingly isolated.” “Spain also knows that Morocco is essential for the management of migration flows and the fight against terrorism,” the expert went on, stressing that “a reconfiguration of alliances is taking place in the Southern Mediterranean.”