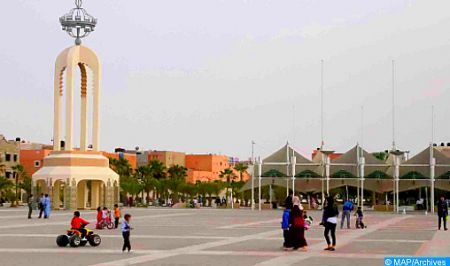 French figures from various backgrounds have welcomed the new position of Spain on the Moroccan Sahara, stressing that the autonomy solution proposed by Morocco remains “the only relevant, safe and viable option” to resolve a dispute that has lasted too long. “The Sahara autonomy solution proposed by Morocco in 2007 is the only relevant, safe and viable option to ensure our security, both in Morocco and in Europe. Any other proposal would be irresponsible, even dangerous,” said Rachida Dati, former Minister of Justice and Mayor of the 7th arrondissement in Paris. “It is time to put an end to this thorny issue that has lasted too long,” she noted in a release, adding that “this proposal by Morocco is in the interest of African and European stability.” “Morocco should have our full confidence,” she added, stating that the Kingdom “has ensured the development and security of the Southern provinces for over 40 years, to the full benefit of the local population.” HM King Mohammed VI has repeatedly reiterated his unwavering support for the Southern provinces and has taken major initiatives to turn the Sahara into the driving force of the Moroccan economy, Dati underlined. Morocco, she added, is a link between Europe and Africa, an effective and strategic partner, not only in the fight against terrorism but also in economic, energy, human, cultural, social and climate issues. In Dati’s opinion, “the time has come for the EU to favor the resolution of the conflict.” “We must unite our efforts to reach a just and lasting solution, under the aegis of the United Nations. We owe it to our youth,” she explained. For his part, Hubert Seillan, a lawyer at the Paris Bar, said that the new position of Spain recognizing the Moroccan autonomy initiative as the most serious, realistic, and credible basis for resolving the dispute over the Moroccan Sahara is a “real reversal of alliance.” The position expressed by the President of the Spanish government is “a real reversal of alliance and an act of reconciliation with Rabat,” the lawyer wrote in a story under the title “Spanish recognition of the Moroccan Sahara, from the Madrid Agreement (1975) to the Declaration of 18 March 2022.” He emphasized the wide approval of the shift in Madrid’s position that came from the United States, from many African countries which have opened consulates in the Sahara, and from Europe and the European Union among others. As for MP Bruno Fuchs, he tweeted that with the support of the Spanish government, the Moroccan autonomy plan for the Sahara is the “most realistic and credible basis for resolving the dispute.”