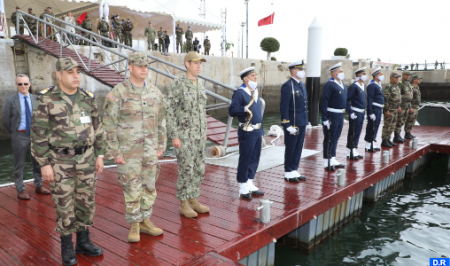 Pursuant to the High Instructions of His Majesty the King, Supreme Commander and Chief of General Staff of the Royal Armed Forces (FAR), the South Zone General Staff in Agadir is hosting, from March 21 to 25, 2022, the final planning meeting of the “African Lion 2022” exercise. Scheduled to take place from June 20 to July 1, 2022, in the regions of Agadir, Tan Tan, Mehbes, Taroudant, Kenitra and Ben Guerir, the “African Lion 2022” exercise is a major event that contributes to consolidating the Morocco-US military cooperation and sets an additional milestone in the excellent relations between the two countries, said a statement by the General Staff of FAR. The 18th edition of this key event will see the participation of about thirty partner countries, besides Morocco and the United States. The joint operations and maneuvers, conducted jointly by the FAR and partner countries in various operational areas, land, airborne, air, sea and decontamination CBRN (Chemical, Biological, Radiological and Nuclear), aim primarily to develop interoperability and strengthen the intervention capabilities in a multinational setting, according to the same source. On the sidelines of the final planning meeting of the “African Lion 22” exercise, a flag transfer ceremony of two US high-speed vessels, “Interceptors”, handed over to the Royal Navy by the U.S. Government, took place on March 24, 2022, in the port of Agadir, the statement said.