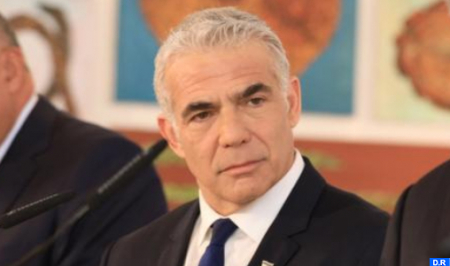 Spain’s recognition of the Moroccan autonomy plan as the most realistic and credible basis to achieve a final settlement of the dispute over the Moroccan Sahara is a “positive development”, said Monday Israeli Foreign Minister Yair Lapid, noting that the Spanish position adds up to other similar positions expressed by many countries. “[We] will work together” and in the framework of a “special” relationship, to counter “attempts to weaken Moroccan sovereignty and territorial integrity,” as well as attacks against Bahrain and the United Arab Emirates, stressed Lapid at the end of talks he held with the Moroccan minister of Foreign Affairs, African Cooperation and Moroccans Abroad, Nasser Bourita, on the sidelines of the Negev Diplomatic Summit, says the official Twitter account of the Ministry of Foreign Affairs of Israel. “We are determined to bring prosperity and peace to this region and beyond,” said the Israeli foreign minister, noting that “the Negev Summit sends a strong message to extremist forces, led by Iran, who are attempting to destabilize the region.” “What we are building is a united front committed to peace, prosperity and stability […]. This is a distinguished relationship based on joint action to address challenges,” he said. The diplomatic summit that brought together, for two days in the Negev desert (southern Israel), the foreign ministers of the United States, Israel, Morocco, Bahrain, Egypt and the United Arab Emirates, ended Monday. It focused on issues and crises in the Middle East, the Russian-Ukrainian conflict and the Iranian nuclear issue.