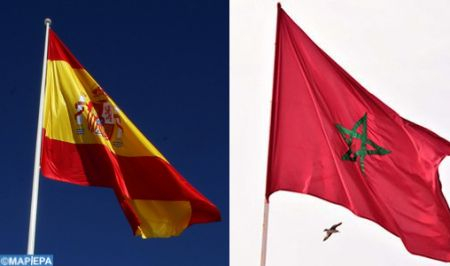 At the end of these discussions, the following statement was adopted:

The letter sent by the President of the Spanish Government, H.E. Pedro Sánchez, to His Majesty King Mohammed VI, on March 14, 2022, as well as the telephone conversation between the Sovereign and the President of the Spanish Government, on March 31, have opened a new page in the relations between the Kingdom of Morocco and the Kingdom of Spain.  Morocco and Spain, aware of the magnitude and strategic importance of the ties that unite them and of the legitimate aspirations of both peoples for peace, security and prosperity, are today embarking on the building of a new stage in their bilateral relationship.  Based on the principles of transparency, permanent dialogue, mutual respect, compliance and implementation of commitments and agreements signed by both parties, this new stage responds to the call of His Majesty King Mohammed VI to ‘inaugurate a new stage in relations between the two countries’, and of His Majesty King Felipe VI to ‘walk together to materialize this new relationship’ “. It also corresponds to the will of the President of the Spanish Government, H.E. Pedro Sanchez “to build a relationship on more solid foundations”.  In this spirit, both countries intend to establish a sustainable and ambitious roadmap.

The visit of the President of the Spanish Government to Morocco is an important moment to consolidate this roadmap and to define the priorities of the next High Level Meeting, to be held before the end of this year.

On this basis, the new roadmap includes the following elements:

1. Spain recognizes the importance of the Sahara issue for Morocco, as well as Morocco’s serious and credible efforts in the framework of the United Nations to find a mutually acceptable solution. As such, Spain considers the Moroccan autonomy initiative, presented in 2007, as the most serious, realistic and credible basis for the resolution of this dispute.

2. Matters of common interest will be dealt with in a spirit of trust, in consultation, far from unilateral acts or faits accomplis.

3. Full normalization of the movement of persons and goods shall be restored in an orderly manner, including appropriate customs and personnel control arrangements at land and sea.

4. Passenger shipping between the two countries shall be restored immediately and gradually until all frequencies are open.

5. Preparations for the Paso del Estrecho/Marhaba operation will be initiated in the same perspective.  6. The working group on the delimitation of maritime spaces in the Atlantic seaboard will be reactivated, with the objective of making concrete progress.

7. Discussions on the management of airspace will be initiated.

8. Cooperation in the area of migration will be reactivated and strengthened. The Permanent Spanish-Moroccan Group on Migration will meet soon.

9. Coordination within the framework of the respective presidencies of the Rabat Process, during the period 2022-2023, will be carried out in such a way as to highlight the exemplary cooperation between the two countries in this field, in favor of a comprehensive and balanced approach to the migration phenomenon.

10. Sectoral cooperation will be reactivated in all areas of common interest: economic, commercial, energy, industrial and cultural, among others.

11. The facilitation of economic exchanges and links between the two countries will be the subject of a meeting soon.

12. The field of education, vocational training and higher education will be a priority in this new stage. A specific working group will be established for this purpose.

13. Cultural cooperation will be strengthened. In this context, a sectoral working group in the field of Culture and Sports will be established. A new impetus will be given to the Board of Directors of the Three Cultures Foundation.

14. The activity reports of the established or reactivated meetings and working groups will be presented at the High Level Meeting.

15. The two countries will initiate exchanges on the updating of the 1991 Treaty of Good Neighborliness, Friendship and Cooperation, based on the principles, parameters and priorities that should guide their bilateral relations in the coming years.

16. His Majesty King Mohammed VI and the President of the Spanish Government, H.E. Pedro Sánchez, will appoint a committee in charge of the implementation of the present statement, within a period of 3 months”.