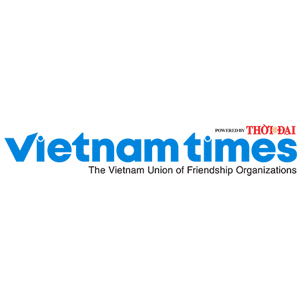 The official website VietnamTimes under the Vietnam Union of Friendship Organisations (VUFO) has recently highlighted the history of relations between Morocco and Vietnam, through a series of articles and photos. The dossier, an initiative of the Office of the High Commissioner for Former Resistance Fighters and Members of the Liberation Army in collaboration with Vietnam’s Embassy in Morocco and the Morocco-Vietnam Friendship Association, covers the evolution of Moroccan-Vietnamese relations since 1961. “If the establishment of diplomatic relations between the Kingdom of Morocco and the Socialist Republic of Vietnam dates back to 1961, the history uniting both countries goes back long before that date even if it is little mentioned, if not almost nonexistent in historiography in general,” wrote the website. The historical relationship between the two states has formed a basis for bilateral cooperation, it added. At the governmental level, the site recalled the official visit in 2004 of Vietnamese Prime Minister Phan Van Khai to Morocco during which he was received by His Majesty the King and held talks with his Moroccan counterpart and with the speakers of the two Houses of the Parliament. During this visit, several agreements covering different areas of cooperation were signed, and the opening of embassies in both capitals was decided. As for the parliamentary cooperation, it was strengthened through a dense exchange of visits that allowed the two institutions to share their respective experiences in the legislative field. On the economic level, several missions of business exploration took place in both directions, the site noted, adding that despite its significant and rapid progress, the level of trade remains below the economic potential and expectations of both countries. The cultural component, meanwhile, is developing in a satisfactory fashion, “Vietnam Times” said, stating that besides the training of executives, cooperation expanded between universities and research centers of both countries. For several years, several Vietnamese students studied in various institutions of higher education in Morocco. Morocco and Vietnam also maintain very close cooperation at the multilateral level, as both two countries ack each other within the UN bodies. “Both states are members of the Organization of the Francophonie and the Non-Aligned Movement. They share the same values and principles that guide their foreign policy, namely peace, tolerance, resolution of disputes through dialogue, non-interference in the internal affairs of other countries and multilateralism,” the website explained. Morocco joined the Association of Southeast Asian Nations (ASEAN) Treaty of Friendship and Cooperation in July 2016, which includes ten countries in the sub-region, including Vietnam, VietnamTimes recalled. Morocco’s move towards ASEAN is part of HM King Mohammed VI’s vision to diversify the country’s partnerships and promote South-South cooperation as well as the values of peace and tolerance, it said. Focusing on the promotion of shared historical memory, the site stressed that the two countries have set a new milestone in the construction of their relations by initiating fruitful cooperation in this area. This project, jointly initiated by the High Commission for Former Resistance Fighters and Member of the Liberation Army and the Vietnam Veterans Association in the aftermath of the opening of embassies in Rabat and Hanoi, aims to educate present and future generations on the values of peace, friendship and solidarity shared by the people of Morocco and Vietnam. In the same vein, the Vietnamese media referred to the shared historical memory between the two countries, quoting as an example the architect Eric Vo Toàn who lived in the Kingdom and supervised the construction plans of more than fifty famous institutional and religious buildings, including the Mohammed V Mausoleum. The Moroccan-Vietnamese historical memory forms a basis for promoting mutual understanding between the two friendly peoples. This shared foundation of values has been described in a book bearing the title “Le Maroc et le Vietnam : regards de l’un sur l’autre” (Morocco and Vietnam: One’s eyes on the other) and published by the High Commission.