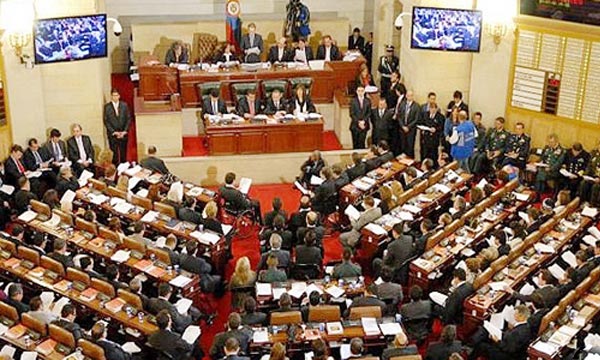 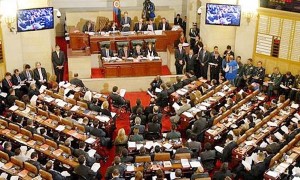 The Algerian media which are continuing their relentless propaganda campaigns in favor of the Polisario Front’s separatist thesis have once again fallen in their own trap
The Colombian Senate has flatly denied having passed a resolution or examined any draft text on Western Sahara as was circulated by the Algerian media and the Polisario-sponsored media, whose editorial line is drawn by the generals and the intelligence services of the Algerian army.
The Secretary General of the Senate, Gregorio El Jach Pacheco, has actually issued a clarification explaining that the Western Sahara issue was brought up in a mere “observation” lodged at the Senate office by a group of leftist senators supporting the separatists’ thesis.
The said observation “does not meet the formal requirements to be examined by the Senate” and “cannot be considered as a draft resolution” as claimed by the “Algero-Polisarian” media, said the Senate Secretary General. “Given the nature of this observation, there has been no response from the Senate and the observation was not referred to any (Colombian ) authority,” he said.
Driven by their usual malevolent scheming against the Moroccan neighbor, the authors of this awkward disinformation attempt circulated a news -(http://www.aps.dz/fr/monde/5725-le-s%C3%A9nat-colombien-demande-%C3%A0-son-gouvernement-de-reconna%C3%AEtre-la-rasd)- affirming that the Colombian Senate passed a resolution calling on the Colombian President and government to restore “diplomatic” relations with the ghostly Sahrawi Republic “SADR.”
The Algerian media seem to have forgotten that Colombia is a democratic country, that it withdrew its recognition of the whimsical “SADR” 14 years ago and that it is one of the Latin American countries having excellent relations with Morocco at all levels.
Moreover, in April 2013, the Colombian government had openly expressed strong support to the Morocco-proposed autonomy plan for Western Sahara describing the initiative as a credible and realistic approach to resolving the thorny Western Sahara conflict fabricated by former Algerian and Libyan regimes.
But the Algerian regime’s puppets in Algiers as well as in Tindouf, lacking support and inspiration, are seemingly willing to say the ridiculous in defense of an indefensible lost cause.