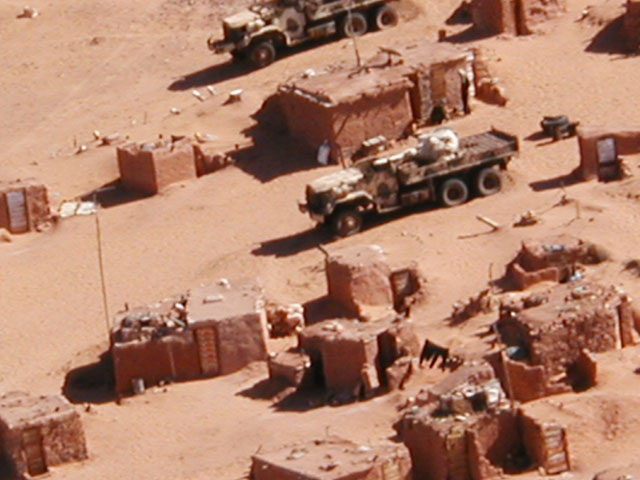 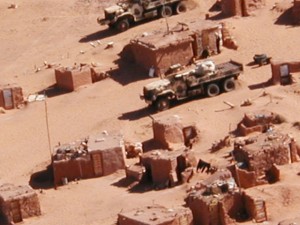 The arrest this weekend of a young Sahrawi, nicknamed after his custody the “Bouazizi” of Tindouf, enflamed protest in the Laayoune camp.
The camp became on Sunday May 11 a battle ground between the Polisario armed militia and hundreds of youths who stormed the headquarters of the so-called Wilaya of Laayoune.
According to news reports from the Tindouf camps in southwestern Algeria, between 800 and 1000 disgruntled Sahrawis, some on foot and others aboard vehicles, stormed the headquarters of the Wilaya and set fire to the building.
A source present on the spot said that it took about an hour to extinguish the fire and that the building was seriously damaged.
The crowd also attacked the car driving the so-called Wali Hemma Albounya and set fire to the vehicle. Hemma Albounya was injured and rushed to the hospital, but so far, no details have been revealed about his condition or the seriousness of his injuries.
The security forces called to the rescue did not find it easy to restore order and disperse the young protesters.
The demonstration erupted following the arrest of Al Ghilani Lahcen Alhussein Boumerrah, a young man who refused to comply with a decision by the Wali denying him permission to build a small shop attached to his home in the locality of Haggounya. The young Boumerrah was abused by security agents before being thrown in prison at the wali’s order.
When the arrest news spread, hundreds of youths took to the street, stormed the headquarters of the province and set fire to the building. The incident was followed by clashes with the Polisario armed militia.
Dozens of demonstrators among the disaffected youths brandished placards and banners expressing support to the Morocco-proposed autonomy plan for Western Sahara. The demonstrators also called for the immediate stepping down of the Polisario leader Mohamed Abdelaziz and his close aides and for the end of the blockade imposed on the Tindouf camps populations by the Polisario militias and the Algerian army.