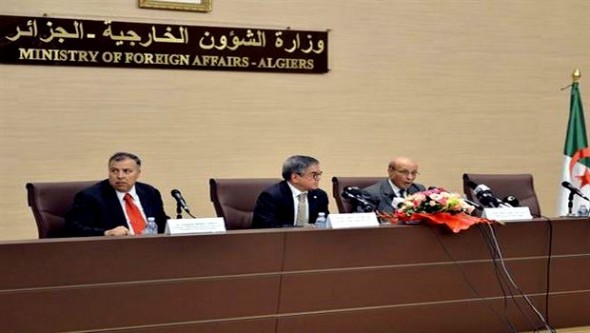 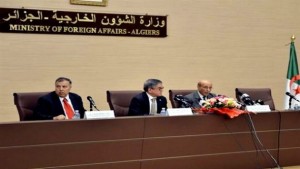 Algerian rulers will undoubtedly try to seize the opportunity of the 17th Ministerial Conference of the Non-Aligned Movement (NAM) underway in their country to deal a new mischievous blow to Moroccans.
Long before the start of the conference running from May 26 to 29, the Speaker of the People’s National Congress, Mohamed Larbi Ould Khelifa, hinted to his country’s plans when he said that “anticolonial struggles have not ended,” alluding to the Polisario.
In his hypocritical remarks, he said the NAM should “support the causes of Palestine and Western Sahara, as it did for the Algerian cause during the liberation war.”
To lead you to believe that his call is neutral, Khelifa excluded the existence of any difference or duality between Algeria and Morocco and recalled the support and assistance that the Moroccan people extended to Algeria during the independence struggle. However, he failed to recall that in recognition of this support, Algeria has been closing the border between the two countries for nearly twenty years.
After the farce that allowed President Bouteflika, who is confined to his wheelchair, to win the presidential election for a fourth term, the Algerian regime wants to kill two birds with one stone.
On the one hand, improve the Algerian regime’s image through the hosting of such a prestigious summit as the NAM summit, and on the other hand score points in the diplomatic battle opposing Algeria to its Moroccan neighbor about the Western Sahara conflict.
But is it necessary to recall that the non-aligned movement which experienced its days of glory during the Cold War era has become the shadow of its former self since the fall of the Soviet bloc?
After their repeated failures to impose their standpoint on the Sahara conflict to the NAM, Algiers’ rulers will undoubtedly attempt anew to have their test-tube baby, the Polisario, win a symbolic seat within the movement.
Unlike the African Union which supports the Polisario separatist thesis, the NAM has always distanced itself from the Sahara conflict and aligned its position on this issue on the UN and Security Council resolutions.
Morocco, which is a founding member of the NAM, cannot see how the movement 120 member countries can change their stand overnight.