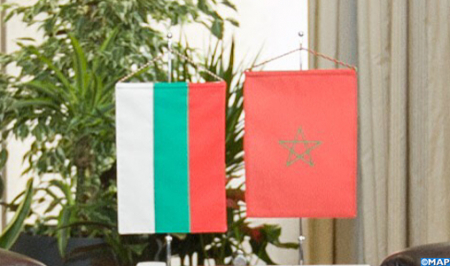 Bulgarian Deputy Minister of Economy and Industry Dimitar Danchev, has highlighted the great potential his country and Morocco have to develop their trade in various fields. “There is a great potential for the development of Bulgarian exports to Morocco, especially in sectors related to the food industry, agricultural products, electronics, electrical engineering, machinery and equipment, cosmetics and others,” said Danchev during a webinar, held Monday, on new opportunities for cooperation between Bulgaria and Morocco. To achieve this goal, the existing mechanisms of bilateral cooperation should be used more actively, including the Joint Commission for economic, trade and technical cooperation, as well as cooperation between trade organizations of the two countries, said the Bulgarian official at this meeting held at the initiative of the Bulgarian Chamber of Commerce and Industry, as well as the diplomatic missions of Bulgaria and Morocco respectively in Rabat and Sofia. On this occasion, he recalled that bilateral trade had increased last year by more than 35% to 217 million dollars, exports from Bulgaria posted a rise of 14% to about 114 million dollars and imports from Morocco of 70% to 103 million dollars, expressing the hope to see this trend strengthen further in the coming years. “We very much appreciate the fact that Morocco is a key partner of the EU, African countries, and the MENA region, and this is an opportunity for us to forge new partnerships,” he added. In this regard, Danchev encouraged Moroccan companies to take advantage of the economic and commercial benefits offered by Bulgaria. In these difficult times, cooperation in trade and investment is an important source of economic growth that allows each country to reap positive economic results, he said. Zakia El Midaoui, Ambassador of Morocco to Bulgaria, has, for her part, highlighted the strategic geographical position of Morocco, stating that the Kingdom is a gateway to Africa for Bulgaria to import goods and services, and that Bulgaria could serve as a platform for Moroccan companies to export to the Balkan countries and Eastern Europe. The ambition in the industrial circles of both countries is to create new markets and take advantage of new opportunities to conclude trade agreements in privileged sectors for both countries, added the Moroccan diplomat. In the same vein, the Bulgarian ambassador to Morocco, Plamen Tsolov, noted that the consolidation of trade cooperation between the public and private sectors is particularly important for the economies and peoples of both countries, due to new realities related to the pandemic and the war in Ukraine.