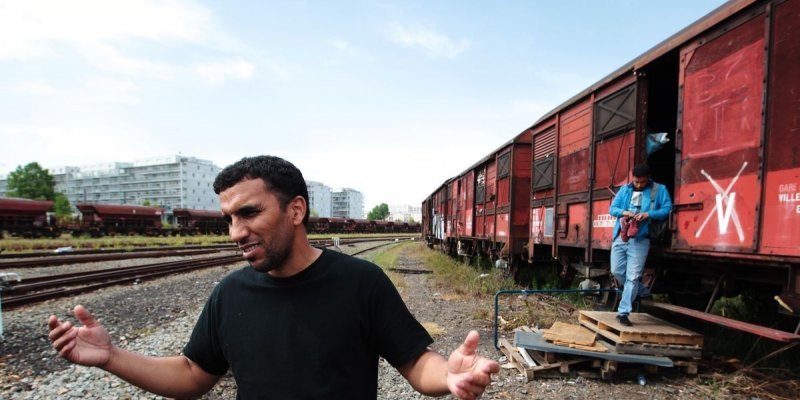 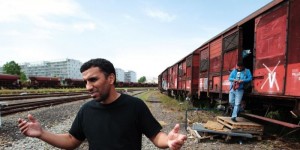 Some thirty Sahrawis who had fled the hellish life in the Tindouf camps have illegally immigrated to France.
Pending the regularization of their situation, the 35 Sahrawi asylum seekers have been living for eight months in cattle cars parked in Saint-Jean train station in Bordeaux, reported Denis Lherm in “Sud-Ouest” daily on June 7.
Even if the author of the reporting makes a confusion between Western Sahara, which is under Moroccan sovereignty, and the Tindouf camps, controlled by the Polisario Front in southwestern Algeria, the testimony of one of these Sahrawis, who are waiting for a hypothetical asylum in France, leaves no ambiguity that he is actually talking about the camps of shame in Tindouf and not about the Moroccan Sahara.
The Sahrawi immigrants fled the misery of the Tindouf camps and went to Spain but the economic crisis and unemployment in the European country forced them to seek refuge in France, a new migration phenomenon that is likely to increase as long as the Western Sahara conflict has not been settled once and for all.
In addition, since troublemaking and subversive elements infiltrated the Moroccan southern provinces where they sew disorder and anarchy as was witnessed in the Gdeim Izik incidents near Laayoune, Moroccan authorities have tightened entry measures for the people from the Tindouf camps wishing to return to Morocco. The measures seek to sort out who is willing to come back home for good and who is coming on an assigned mission.
It is for this reason that many Sahrawis who escape Tindouf are forced to go to the Canary Islands, Spain or, as witnessed recently, to France.
Bata, one of the Sahrawis living in the Saint-Jean train station told the Bordeaux-based daily: “in any case, conditions here are the same as in the refugee camps, and in both cases we live on aid from around the world.”
Bata confessed that at the age of 40 he has never had a paid job. In the Tindouf camps, he said, “all you can do is work for the army (Polisario militia)…for free! There is nothing to do there!”
Even the trafficking near the borders with Mauritania, Algeria and even Mali, that used to be a source of income, has become difficult because of the jihadist threat in the Sahel, he said.
In view of the precarious living conditions, persistent unemployment and lack of hope for a better tomorrow, these Sahrawis have no other choice than flee the camps of shame.