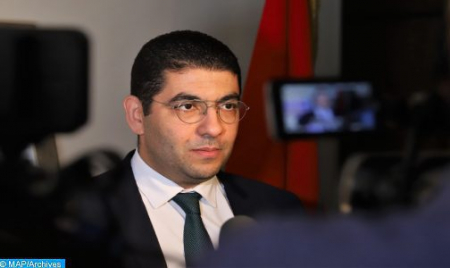 Morocco is reaping the fruits of a long and rich institutional experience achieved since the 17th century until today by the Kings of the Alaouite Dynasty, stressed Friday in Marrakech, the Minister of Youth, Culture and Communication, Mohamed Mehdi Bensaid. “The impressive achievements made by Morocco, under the enlightened leadership of HM King Mohammed VI, are an extension of the achievements of the Sultans who succeeded each other through the ages, especially during the reign of the Alaouite Dynasty,” said Mr. Bensaid in a speech read on his behalf by the Secretary General of the Department of Communication, Mustapha Timi, during the work of the 3rd edition of the national symposium Moulay Ali Cherif. The Minister said, in this sense, that “if history books relate events that highlight the impressive achievements of the Kingdom, it is thanks to great men who served the Nation, and who were interested in all areas, including Islamic and modern sciences, during their times, and they were the first to rely on science and thought to achieve progress and prosperity. He stressed that this meeting is an opportunity to build bridges between researchers and academics, which will help to open the horizons of research, to address issues of great importance for the preservation of collective memory and promotion of cultural action. For his part, the President of the Foundation Moulay Ali Cherif, Moulay Salama Alaoui, noted that “development is a strategic approach that we must promote in all its manifestations, within the framework of a renewed and integrated model.” In this context, he expressed his belief that joint action based on a sincere understanding and unwavering commitment to the Moroccan particularity, “strengthens and motivates the components of the Nation to make sacrifices and work for a comprehensive development at all levels.” Alaoui pointed out that the study of the history of the Alaouite Dynasty “is not only done according to the classical approach as a narration of facts, but also through an extrapolation of history as a science that is part of the social sciences.”