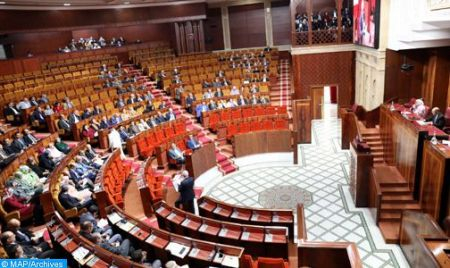 The House of Representatives has reiterated its commitment to the values of the “Open Government Partnership Initiative”, based on its belief in the democratic connotation of this program. The lower house highlighted, in a statement issued on the occasion of the commemoration of the Open Government Week (May 16-20), its determination to consolidate openness, communication and involvement, within the framework of what is set by the Constitution of the Kingdom, assigning to the Parliament a prominent place among constitutional institutions. On this occasion, the House of Representatives recalls the importance of its adherence to the Open Government Partnership Initiative since October 2019, an adherence that the House has adopted on the basis of its clear commitments that are based on its constitutional and institutional status and on the competencies and functions entrusted to it by the Moroccan Constitution On the same occasion, the lower house highlighted the results of the implementation of its commitments for the period 2020-2021, despite the coincidence of this period with the Covid-19 pandemic and its repercussions on the organization of activities and events that were previously scheduled. Thus, regarding the first commitment related to the implementation of the constitutional provisions on participatory and citizen democracy, the House ensured the formation of a Petitions Committee composed of members of the majority and the opposition, and held two meetings with over 60 civil society organizations on participatory democracy. With regard to the participation of citizens in legislation, the House ensures the publication of bills and proposals submitted to the review process on its electronic portal, with a view to enriching them and commenting on them. In the same context, the lower house has set up a communication unit in charge of responding to requests for information and data issued by citizens, in accordance with the law on the right of access to information. In addition, the House ensures the regular publication of its deliberations during the plenary sessions and of the reports of the standing committees, in order to keep the public informed of its work and provide it with parliamentary information.