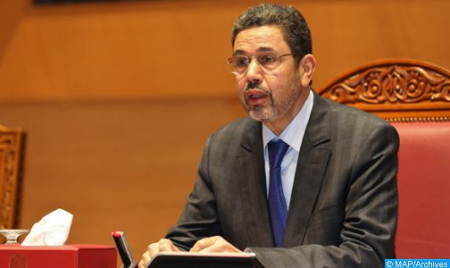 The President-delegate of the High Council of the Judiciary (CSPJ), Mohamed Abdennabaoui, received on Monday at the headquarters of the Council in Rabat, a delegation of U.S. attorneys general. This meeting was an opportunity to present to the American delegation a historical overview of the judicial field in the Kingdom, before taking note of the process of reform of the justice system and mechanisms to strengthen the independence of the judiciary, the CSPJ and the Presidency of the Public Prosecutor’s Office, in implementation of the reform vision of HM King Mohammed VI, according to a statement of the CSPJ. This meeting was also an opportunity to explore the prospects for consolidating judicial relations between the CSPJ and judicial institutions in the United States, strengthening cooperation relations in the various areas inherent in the judicial thing and the exchange of visits of delegations to benefit from the best experiences and practices in the field of justice, according to the same source.