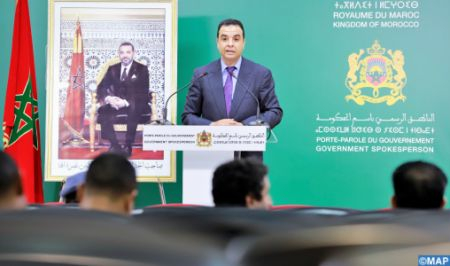 The Government Council, convened on Thursday, under the chairmanship of the Head of Government, Aziz Akhannouch, has taken cognizance of the agreement on air services, signed on March 17, 2022 in Rabat, between the governments of Morocco and the Philippines, with the draft law No. 25.22 approving the said agreement. These two texts were presented by the minister of Foreign Affairs, African Cooperation and Moroccans Abroad, Nasser Bourita, said the Minister Delegate in charge of Relations with Parliament, Government Spokesman, Mustapha Baitas, at a press briefing after the Council’s meeting. This agreement aims to facilitate the development of international air services, through the improvement of international air transport via the establishment of air transport networks that are capable of providing necessary services to meet the needs of passengers and cargo companies, Baitas noted. It is also meant to enable airlines in both countries to provide flights and general services at competitive prices for travel and cargo in open markets, as well as ensuring the highest levels of safety and security for international air transport, according to the minister.