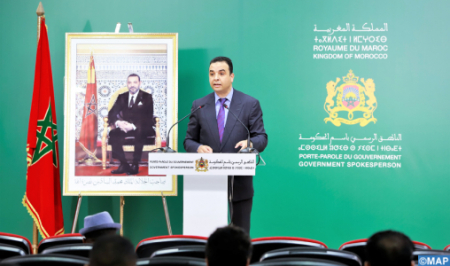 The Council of Government, convened Thursday under the chairmanship of the Head of Government Aziz Akhannouch, approved the draft decree No. 2.22.393 on the suspension of import duties applicable to certain oilseeds and crude oils. The draft decree, introduced by the Minister of Economy and Finance, Nadia Fettah, aims to address the hike in prices of raw materials and its impact on the selling price of the edible oil most consumed, said the Minister Delegate in charge of Relations with Parliament, Government Spokesman, Mustapha Baitas, at a press briefing after the weekly Cabinet meeting. The government has decided to suspend import duties on raw sunflower seeds, soybean and rapeseed, effective June 3, 2022, he concluded.