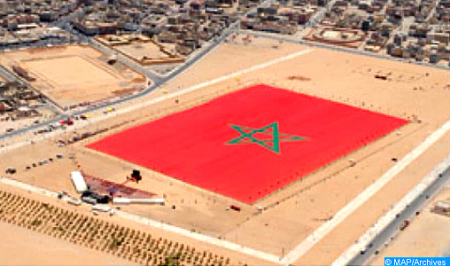 The autonomy plan presented by Morocco is a serious and credible solution, stressed, Friday in Rabat, the Italian MP, Marco Di Maio, affirming his support for this plan which should be backed by other countries. “We also support the efforts of the United Nations to achieve a serious, realistic and mutually acceptable political solution to all parties to support security in the Mediterranean region,” said Di Maio during his talks with speaker of the House of Representatives, Rachid Talbi Alami. In this regard, Di Maio, on a visit to the Kingdom leading an Italian parliamentary delegation, recalled the creation of a parliamentary intergroup in support of the autonomy plan in the Moroccan Sahara within the Italian Senate, to find a political solution to this issue. This visit aims to further promote cooperation between Italy and Morocco, to consolidate political, cultural and diplomatic relations and strengthen security in the Mediterranean region, added the MP from the party “Italia Viva”, highlighting the role played by parliamentary diplomacy in strengthening political relations. For his part, Talbi Alami stressed that the creation of a parliamentary intergroup to support the autonomy plan in the Moroccan Sahara, at the initiative of deputies and members of the Italian Senate from different Italian political groups, is a novel initiative since it is the first of its kind emanating from a foreign parliamentary institution to support the autonomy plan of the southern provinces under Moroccan sovereignty. In this sense, he welcomed the positive positions of the Italian government on the issue of the Moroccan Sahara, noting that the Italian Executive has always supported the process supervised by the UN to resolve the artificial conflict over the Moroccan Sahara.