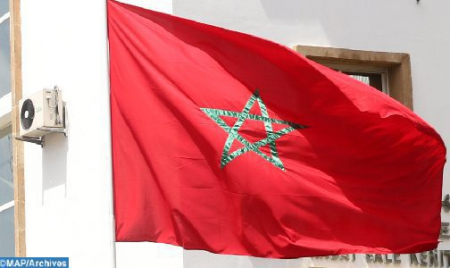 With its African roots and constant commitment to the progress and stability of Africa, Morocco plays a leading role in the development of the continent, Spanish officials said. Speaking Wednesday at a meeting held by the Seville-based Three Cultures of the Mediterranean Foundation on the occasion of Africa Day, Enric Millo, Secretary-General for External Action of the Andalusian Regional Government, and Foundation’s Director, Concha de Santa Ana, highlighted Morocco’s “positive and fruitful” contribution to addressing the many challenges facing African countries today. “Morocco plays a leading role in the profound transformation that the African continent is experiencing,” Millo observed. Through its various initiatives, Morocco makes an important contribution to the development of Africa, a young continent “with great potential,” he added. The role of Morocco is “important not only in preserving stability in Africa but also in the Mediterranean region,” the Spanish official went on to say, highlighting the rich relations linking Spain and Andalusia with Morocco. “Our ties are strong, especially with our partner and brother, Morocco,” he stated. “We could not have a better partner than Morocco and we are determined to continue strengthening our partnership in the years to come,” Millo added. As for de Santa Ana, she noted that Morocco “plays an important role on the African continent” in terms of economic development and stability. “Africa must face many challenges and achieve major goals in economic, social, education and health areas. In this regard, Morocco and its leadership are a source of inspiration for African countries,” she stressed. Morocco is a model for African countries to meet current and future challenges, de Santa Ana added. Morocco’s Consul General in Seville, Sidi Sidi Abbah, emphasized the prominent place of Africa in Morocco’s foreign policy under the enlightened leadership of HM King Mohammed VI. The Kingdom continues to demonstrate a “constant commitment” to Africa and its noble causes,” he said. According to Sidi Abbah, Morocco’s proactive approach to Africa’s development is based on a mutually beneficial partnership and on promoting South-South cooperation. Morocco’s historic return to its African family was a turning point that strengthened the Kingdom’s ties with its African partners and friends, he said.  With its commitment to South-South cooperation, Morocco has put its experience and know-how at the disposal of its African brothers to help the most vulnerable countries and contribute to the stability of the continent, he concluded.