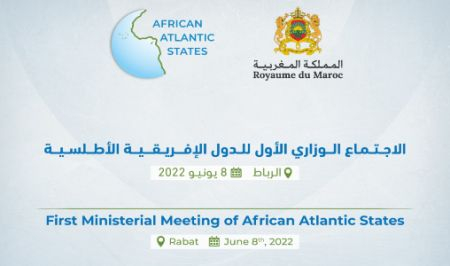 Morocco is hosting on June 8 in Rabat the first ministerial meeting of African Atlantic States, which will bring together 21 countries of the Atlantic coast, including about fifteen represented at ministerial level, said Tuesday Ministry of Foreign Affairs, African Cooperation and Moroccans Abroad. This event will be an opportunity to develop a common African vision on this vital space, to promote an African Atlantic identity and defend with one voice the strategic interests of the Continent, said the ministry in a statement. The work of this ministerial meeting will focus on three themes, namely, “Political Dialogue, Security and Safety”, “Blue Economy and Connectivity” and “Environment and Energy”. This Moroccan initiative confirms the Kingdom’s commitment to optimizing the strategic value of the Atlantic, and its desire to see all the riparian countries gather on both sides of the Atlantic around common principles and converging interests. As part of the preparation of this first ministerial event, a meeting of senior officials will be held this Tuesday, June 7, the statement concluded.