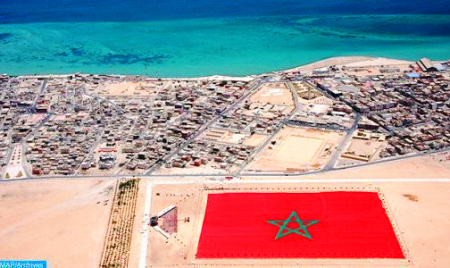 The blatant bias of Amnesty International in favor of the enemies of territorial integrity undermines its credibility in defending human rights, Moroccan authorities said on Tuesday. The public authorities deplore the fact that this organization distinguishes itself by breaching the very principles it claims to be promoting, thus choosing double standards. This NGO persists in its hostility towards Morocco, its territorial integrity and its achievements in the area of human rights, by issuing on May 27 a press release in which it calls for investigating “allegations that five female activists (Z.B, E.H, F.H, O.Kh, and N. B) in Morocco’s southern provinces were victims of violent physical and sexual assaults, in separate incidents on April 15 and 16 in Boujdour, after they participated in peaceful protests in support of activist S.Kh, and that the authorities did not open a probe to prosecute the culprits.” While deploring the fact that this organization has not taken the effort to verify and cross-check the information on this case and other information provided and published in detail by the National Council for Human Rights (CNDH), the public authorities note that this NGO has shown once again that it has little regard for the principles of impartiality, objectivity, and professionalism when it comes to allegations of supposed violations. Contrary to the false information contained in the press release about the arrest of the so-called Z.B, the public authorities specify that a clandestine transport vehicle was stopped on April 16 with this person onboard. The latter refused to show her national identity card, which required her to be transferred to the police station in Boujdour to verify her identity before being released under normal conditions at 3:40 pm. Five hours later, exactly at 9:00 pm, Z.B went to the provincial hospital for a personal health concern. Concerning the claims by Amnesty International that S. Kh and her family were under house arrest since November 2021, the local authorities inform that this person is living normally as shown by her three-day stay in Laayoune, where she collected her new passport before leaving the country freely, with no constraints whatsoever. If the allegations of this NGO were true, then how did S. Kh travel freely to retrieve her passport and leave the country on the scheduled date. With this press release, Amnesty International has lost credibility once again by disregarding the principle of impartiality, by blatantly playing the human rights card for self-serving purposes and by siding with a party in a regional conflict that is being referred to the Security Council. The allegations of supposed infringement of the right to demonstrate and of assault of the four women mentioned by the NGO are unfounded. The relevant public authorities in Laayoune oversee demonstrations and their dispersal without the use of force, in accordance with the law, as it is the case in other cities of the Kingdom and the world. Regarding the content of the press release of Amnesty International and the allegations spread on social networks, the public authorities recall that the Public Prosecutor at the Court of Appeal of Laayoune has launched an investigation. This step has not been taken into account by the said organization, which denigrates the importance of judicial inquiries, while it keeps on calling for their launch throughout the world, according to the public authorities.