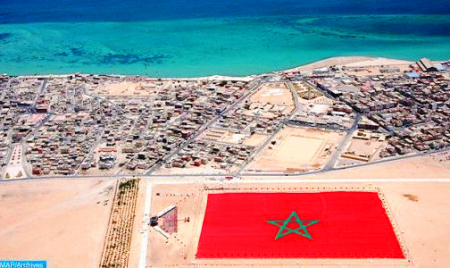 Guinea-Bissau reaffirmed, Thursday in Rabat, its “consistent” position in favor of the Moroccanness of the Sahara and the territorial integrity of the Kingdom. “Guinea-Bissau maintains its consistent position on the issue of Morocco’s territorial integrity,” stressed Minister of Foreign Affairs and Communities of Guinea-Bissau, Suzi Carla Barbosa in a statement to the press, following his talks with Minister of Foreign Affairs, African Cooperation and Moroccans Abroad, Nasser Bourita, on the sidelines of the 1st Ministerial Meeting of the African Atlantic States, held Wednesday in Rabat. “We believe that the only solution to the Sahara issue should be done within the framework of the United Nations,” she said. The Guinea-Bissau top official also indicated that Morocco is a partner country, forming the wish to maintain the “very good” cooperation relations between the two countries. In addition, she expressed her thanks to the Kingdom for the support given to the Guinea-Bissau students as part of bilateral cooperation in training.