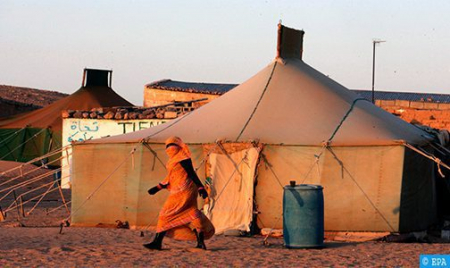 The opinion issued by the UN Human Rights Committee condemning Algeria for torture and illegal detention “requires Italy to make an ethical choice in terms of energy cooperation,” according to Italian expert in geopolitics Marco Baratto. “Italy should not cooperate with a country that indulges in hostile acts that are prohibited and condemned by international law,” argued the expert in an op-ed published by the Italian newspaper “News.abc24”. The UN Human Rights Committee has slammed Algeria in connection with the complaint filed by a former element of the polisario in the name of M’Rabih Ahmed Mahmoud Adda, for kidnapping and acts of torture and ill-treatment he suffered on the territory of this country, in retaliation for his activities denouncing human rights violations in the camps controlled by the militias of the separatists. The case of M’Rabih Ahmed Mahmoud Adda “reveals a large number of flagrant and unacceptable violations of human rights in the Tindouf camps, on Algerian territory, especially kidnapping, acts of torture, and conscription of children,” he explained. “We must choose stable and reliable partners who are committed to economic development and human rights in the Euro-Mediterranean region to ensure the welfare of our people,” Baratto wrote, stressing the need for “an ethical approach which excludes any ally trying to sow separatism in the neighboring areas and fuel the cold war in the region.” In this sense, the expert recalled Article 41 of the Italian Constitution which states that “private economic initiative cannot be exercised in opposition to the social interest or in such a way as to undermine security, freedom and human dignity.