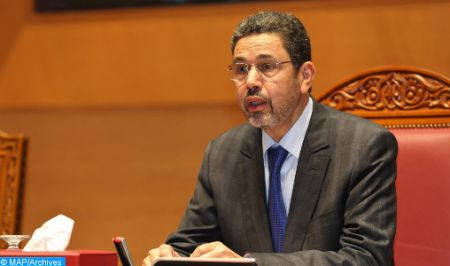 The Delegate president of the High Council of the Judiciary (CSPJ), Mohamed Abdennabaoui, held talks, Monday, with the Attorney General of the Republic of Sudan, Khalifa Ahmed Khalifa, currently visiting Morocco. During these talks, the two parties discussed ways to strengthen cooperation in areas of common interest and promote the exchange of experiences and expertise to advance the judicial institutions of both countries, a CSPJ statement said. On this occasion, Abdennabaoui gave an overview of the major transformations and reforms that the judicial system has undergone, the characteristics of the Moroccan experience in the field of independence of the judiciary, and the mechanisms of cooperation between the institutions involved in judicial affairs in Morocco, according to the same source. He also informed Ahmed Khalifa on the main reform projects launched within the Judiciary, especially those related to modernization and digitalization, training and qualification of human resources, and reinforcement of judicial efficiency, the statement concluded.