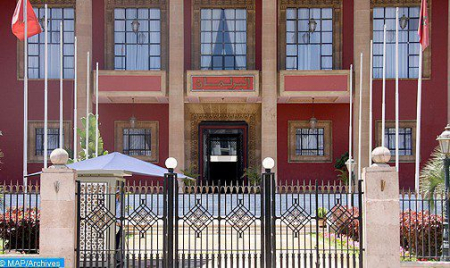 The Moroccan Parliament will host, from June 23 to 24 in Rabat, the 28th Regional Assembly of the Parliamentary Assembly of La Francophonie (FPA), said a statement from the House of Representatives. The agenda of this Assembly covers several topics including democracy, the Free Trade Area of Africa (FTAA), women’s participation in political, economic and social life, the involvement of parliamentarians of French-speaking Africa in environmental issues and climate change, as well as the political, social and health situation in French-speaking African countries, according to the same source. The participants will examine the activity report of the regional assembly and the restructuring of the leadership positions of the African region within the FPA bodies in preparation for the 47th Session in Kigali (July 2022). Founded in 1967, the FPA seeks to reflect the multiculturalism of the French-speaking world and its people. It brings together delegates from nearly 90 parliaments or interparliamentary organizations on five continents. The Moroccan Parliament joined the FPA in 1979 and has hosted the works of some regional assemblies in Africa (19th in 2011, 25th in 2017 and 27th in 2019). The Speaker of the House of Representatives, Rachid Talbi El Alami, is the Vice President of the FPA.