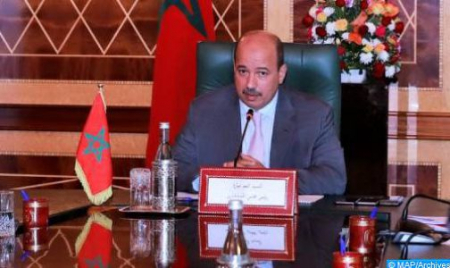 Uruguay considers that Morocco, which has a strategic geographical position, is the gateway of this South American country to African markets and the Arab world. The acting Uruguayan Minister of Industry, Energy and Mining, Walter Verri, stressed in a statement to the Moroccan news channel M24, that thanks to this strategic position, the Kingdom is largely qualified to play the role of gateway to Uruguay to Africa and the Arab world, and in return, Uruguay can play the same role for Morocco to access the markets of Mercosur countries (Southern Common Market) via Montevideo. The Uruguayan official, who met with a Moroccan parliamentary delegation led by speaker of the House of Advisors, Ennam Mayara on a working visit to Uruguay, said he discussed with his Moroccan interlocutors ways to promote trade and economic ties between the two countries, stressing that Morocco and Uruguay are endowed with enormous potential for better cooperation and closer economic relations. In the eyes of Walter Verri, the many points that the two countries have in common, militate in favor of the promotion of investments in the fields of renewable energy, industry, agriculture, fisheries and tourism. For his part, Mayara said that the meetings he had in Montevideo with government officials, parliamentarians and Uruguayan businessmen were “fruitful, frank and constructive”. After highlighting the major projects promoted by the Kingdom, whether in the political, economic, social and cultural fields, the speaker of the House of Advisors said that Morocco, thanks to the visionary leadership of His Majesty King Mohammed VI, has opted for the consolidation of South-South cooperation, in a spirit of solidarity and following a virtuous win-win approach.