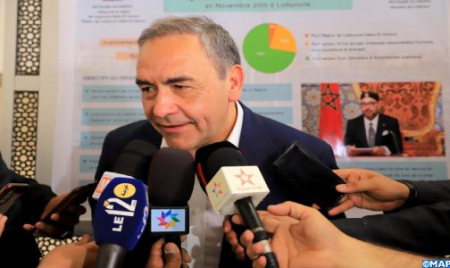 Morocco’s accession as an observer member to the Andean Parliament has helped strengthen trade relations between member states and the Kingdom and bolster joint cooperation, said, Tuesday in Rabat, the speaker of the Andean Parliament, Fidel Espinoza Sandoval. Speaking at the opening of the Morocco-Andean Community Parliamentary Forum, Sandoval stressed the importance of this “particular” cooperation in light of the current circumstances in the world and the Andean region, such as the slow post-Covid recovery and the current economic situation triggered by various global conflicts. In this regard, he reviewed the trade cooperation between the two parties, saying that Morocco’s imports from the Andean countries amounted to 41 million dollars in 2020, while the Kingdom’s exports totaled 102 million dollars. Emphasizing the role played by Morocco as a gateway to Africa and the Arab world, the Speaker of the Andean Parliament highlighted the commercial integration between the Kingdom and the countries of the Andean region in the areas of manufacturing, textile and agri-food. This integration, he said, can be strengthened through a free trade area and through Morocco’s active presence in trade fairs, business conferences, tourism forums, and other South-South cooperation mechanisms. Sandoval stressed the importance of strengthening trade relations and joint action through the integration of various economic sectors and the signing of agreements that will benefit both regions. This Parliamentary Forum, which addresses two major themes that are “economic cooperation and trade” and “energy security”, is held in the context of the visit of members of the Andean Parliament in the Kingdom, from July 1 to 9, at the invitation of the Moroccan Parliament. This visit is part of the strengthening of South-South cooperation advocated by His Majesty King Mohammed VI, as well as the consolidation of the existing partnership between the Moroccan Parliament and the Andean Parliament, in addition to the consultation and exchange on a range of issues of common interest.