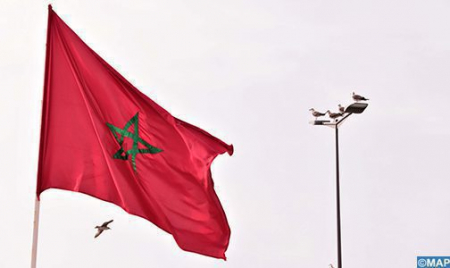 The recent decision of the Spanish government regarding the autonomy initiative in the Moroccan Sahara is a return to the legality and logic of the tripartite agreement of Madrid, said Tuesday in Settat, the Spanish historian and political expert, Pedro Ignacio Altamirano. Speaking at an international symposium initiated by the Joudour Foundation for Moroccans in the world on the theme “The autonomy initiative and the bankruptcy of the separatist thesis and self-determination,” Altamirano stressed that by considering the Moroccan autonomy initiative as “the most serious, realistic and credible basis for resolving the dispute over the Moroccan Sahara, Spain returns to the truth, justice and reason”. The Spanish expert noted that this decision opens the way to an exponential growth of bilateral cooperation, noting that Spain and Morocco are the bridge between Europe and Africa and this involves great challenges in the field of migration processes, the fight against drug trafficking and terrorism, but also great economic opportunities for today and tomorrow. Moreover, Altamirano considered that the Spanish decision constitutes “a new diplomatic blow that puts Algeria out of the game, and accentuates its isolation on the international scale, and the polisario in a catatonic and disoriented state”. He added that this is evidenced by the persistent threats that Algeria makes on the Spanish economy knowing that they cannot be carried out without serious consequences on relations with the entire European Union. The Spanish expert also stressed the need to strengthen parallel diplomacy in Spain, where a majority of people continue to believe that the polisario is a “sports and leisure association rather than a criminal mafia gang that rapes, tortures and murders”.