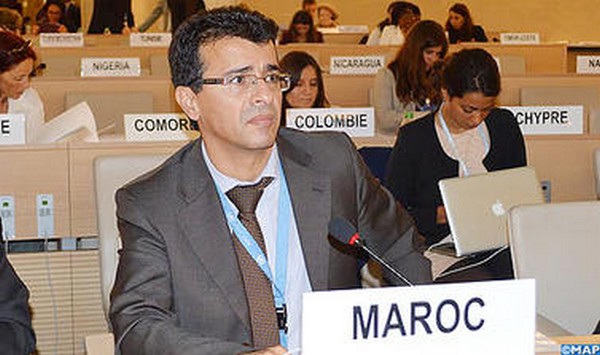 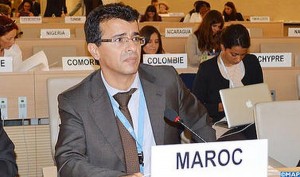 The Algerian regime was once again singled out before the Human Rights Council (HRC) in Geneva for its “blatant involvement” and “biased attitude” on the Western Sahara conflict.
In an address Wednesday before the HRC, Morocco’s Chargé d’Affaires in Geneva, Hassan Boukili, laid bare the real geopolitical reasons behind Algeria’s approach in the settlement process of this regional conflict.
The diplomat was speaking in exercise of the right of reply to the Algerian ambassador who accused Morocco of committing human rights abuses in its southern provinces.
Boukili recalled that Algeria which claims the status of observer in this conflict has actually been critically involved in the issue at the political, diplomatic, financial and military scales since 1975.
He wondered how the Algerian diplomat dares to criticize human rights in the Moroccan Sahara, while Algeria violates these very rights in Kabylia, Ghardaya and elsewhere in the country and protects the perpetrators of human rights violations the Tindouf camps.
The diplomat explained Algerian regime’s ferociousness towards Morocco by its chronic complexes with regard to the kingdom, its authentic history and centuries-old institutions, as well as with regard to its pioneering democratic reforms, stability and national unity.
“This is the genuine asset of the historical and strategic leadership of Morocco that neither Algeria’s political propaganda nor its gas and arms deals can challenge,” said the Moroccan diplomat.
The Algerian rulers claim they are defending the Sahrawis’ right to self-determination, while they actually back, and this since 1975, a separatist project in the Moroccan Sahara. They do not hesitate to spend millions of petrodollars to indoctrinate the separatists and train them to sow trouble and disorder in southern Morocco.
According to Algerian experts’ estimates, Algiers has reportedly squandered some $ 250 billion to fund its project to separate Morocco from its Sahara.
Hassan Boukili who described Algeria’s attitude as “irresponsible,” advised Algerian authorities to address human rights violations in their country first and to get rid of their colonial hegemony reflex.