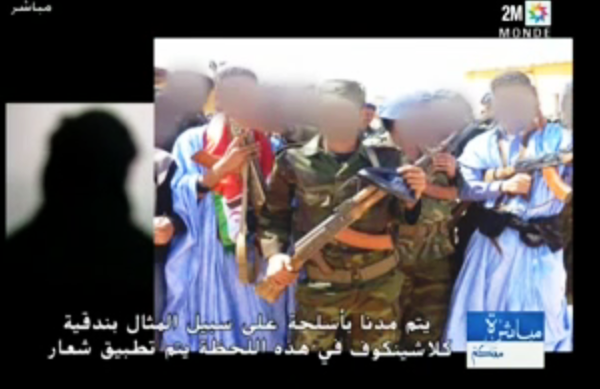 Two Sahrawi separatists made Wednesday night on the Moroccan TV channel 2M explosive revelations about the malicious manipulations steered by Algerian rulers and army generals in the Western Sahara issue.

The two Sahrawis, who have just participated in a summer university held lately in the Algerian city of Boumerdes, revealed during the TV live show “Moubachara Maâkoum”  (https://www.youtube.com/watch?feature=player_embedded&v=TKV_NlciWkM), overwhelming evidence of the Algerian regime’s direct involvement in the Western  Sahara conflict.

They unveiled details about the schemes devised in Algiers to cause trouble and unrest in the southern provinces of Morocco.
The testimony of the two Sahrawis who made the trip to Boumerdes part of a fifty-member group of  separatists invited to the summer university and the images and captions broadcast by 2M leave no doubt about Algeria’s direct involvement in the Sahara conflict and in its current deadlock.

The two separatists described how they were greeted upon arrival in Algiers by Algerian officials before being shepherded by Algerian officers in plain clothes, military officers and agents of the Algerian military intelligence services (DRS.)

After the summer university was over, the Sahrawi invitees were driven to the Tindouf camps, where they were trained to Kalashnikov handling and taught how to provoke Moroccan law enforcement agents and incite residents to riots and uprisings in the major cities of the Sahara. Before leaving the Algiers airport, each group member was handed $ 500 to $1000 to cover the costs of the mission entrusted to him.

Another program aired by the London-based TV channel “Al Hiwar TV” also created embarrassment for the Polisario and its mentor, Algeria. The anchor, Saleh Al Azrak, who was receiving as guest to his “Biwodoh” show the Polisario representative in Britain, Alamine Aba Ali, posed him a question on the birthplace of some Polisario leaders, including their leader, Mohamed Abdelaziz. The guest, very embarrassed, could not answer. But the anchor did not wait for a reply and showed evidence that most of the Polisario leaders were not native of Western Sahara, but of other Moroccan provinces unclaimed by the separatist front. (https://www.youtube.com/watch?v=k5zgFLB_Oc4).

The anchor challenged his guest to prove that the Polisario leaders were not mere puppets in the hands of the Algerian rulers who use them for unstated goals. And of course the guest failed to take up the challenge.