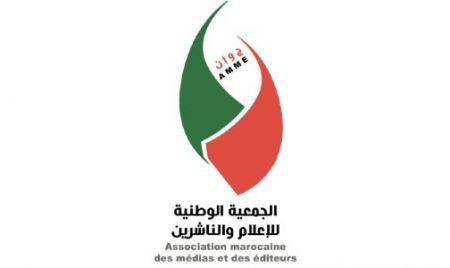 The Moroccan Association of Media and Editors (AMME) denounced, Thursday, the harassment of Morocco by “Human Rights Watch” (HRW), which remains faithful to its approach of impartiality, in contradiction with the principles of neutrality, objectivity and credibility in the drafting of thematic reports on international human rights. By doing so, this organization has failed in its mission and revealed its true suspicious political identity, the Association added in a statement. As part of its mission to monitor the situation of Moroccan journalists and contribute to the serious public, legal and constitutional debate on the freedom of opinion and expression and other fundamental rights related to it, the AMME has taken note of the report published by the “HRW” organization, with a title anything but professional and which goes against the ethical approaches in drafting reports on human rights, with a play on words that hides other irresponsible aims unrelated to the topics in this report. The Association said it was surprised by the degree of amateurism and confusion with which the report was drafted, without managing to get a new idea on the situation of the rights of press and media professionals in Morocco. It denounced the fact that the report is flooded with gratuitous accusations without any evidence and with attacks on Moroccan national institutions, adding that the document deliberately denigrated, with rancor, all the achievements made by Morocco in recent years. While expressing its astonishment at the timing of the publication of the report, which coincides with the celebration by the Moroccan people of the Throne Day, the AMME records with great regret that the “Human Rights Watch” organization remains faithful to its approach of impartiality, in contradiction with the principles of neutrality, objectivity and credibility in the drafting of thematic reports on international human rights, written in modern languages, “which we consider as a kind of misinformation and deception of international public opinion”. It also expressed its regret at misleading the international community into believing that Morocco is still living under the era of the years of lead with which the Kingdom broke, under the leadership of HM King Mohammed VI, with unparalleled boldness and courage, by putting in place practical, legal and constitutional mechanisms for equity and reconciliation. The AMME also pointed to the persistence of “HRW” to sow doubt, in a sickly way, around the institution of justice, the magistrates of Morocco and its courts, by returning to subjects, prosecutions and cases whose contexts have no connection with each other and on which verdicts have been rendered in the presence of lawyers, observers and human rights NGOs. It also stressed that the authors of the report have deliberately sought to undermine the institutions of security, justice, legislation and the independent Moroccan information sector, allowing themselves to classify journalists as either “pro-Makhzen” or supporters of other parties, which is nonsense that exists only in the imagination of the report’s authors. The AMME reserves the right to follow up on all the untruths contained in the report, challenging them by all legal means and frames of reference in order to ensure that the truth prevails, the statement concluded.