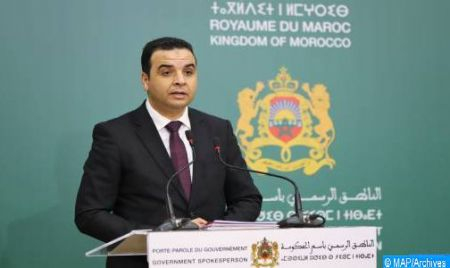 The biased allegations contained in the document published by the Human Rights Watch (HRW) organization will not deter Morocco from continuing to build the rule of law and institutions and defend rights and freedoms, said Thursday in Rabat, Minister Delegate in charge of Relations with Parliament, Government Spokesman, Mustapha Baitas. After reading this document, published Thursday and which unfortunately undermines the symbols of the Kingdom, it turned out that it is “a compilation of allegations that this organization has the habit of raising against the Kingdom,” said Baitas in a statement to the press. He concluded that the smear against Morocco has reached the point of peddling “unrealistic accusations” against the Kingdom, noting that this document contains “serious accusations to try to turn the partners of the Kingdom against it”.