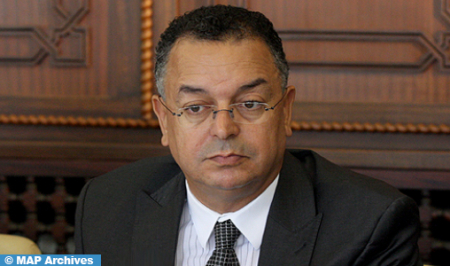 Lahcen Haddad, co-chairman of the Moroccan-EU joint parliamentary committee, pinned the “telling and motivated” silence of “Forbidden Stories” and “Amnesty” organizations and “Le Monde” and “El Pais” newspapers, following new revelations in the Pegasus case which showed that Morocco was unfairly targeted and that “no less than 22 European countries use Pegasus to spy on their own citizens.” In an op-ed published by Spanish magazine “Atalayar”, Haddad reflects on information reported by the Israeli newspaper Haaretz on August 9, stating that members of the European Parliament Committee of Inquiry on Pegasus learned from the NSO, the company that manufactures the now-notorious spyware, that it “has active contracts with 12 of the 27 European Union members” and that “the company is now working with 22 security and enforcement organizations in the EU.” The revelation came as a shock to the Committee, whose intent may have been to see if non-European countries have been using Pegasus to spy on European politicians and journalists, the author points out in a story under the title “The Pegasus Case: Will Le Monde and Forbidden Stories apologize to Morocco?”. “Yet, what is even mid-boggling is the convenient silence of media like Le Monde, El Pais, and others who had accused Morocco (along with other non-European countries) in July 2021 of using spyware to hack the telephones of European officials and journalists,” the former minister observes. “Forbidden Stories and Amnesty International, the organizations behind the infamous revelations, are looking elsewhere. The silence is not only telling but revealing of the political motives behind the unfounded revelations.” “The consortium of 17 media outlets and organizations that had made the revelations last year were dead sure that Morocco was one of the clients of NSO and a recipient of Pegasus spyware which it uses to spy on foreigners and nationals alike; one year later, all of these have not only failed to provide evidence for their accusations against Morocco, but what the EU Parliament found out is that the espionage is made at home in Europe and that a big number of EU countries and organizations are clients of NSO,” he goes on. According to Haddad, “the explosive news as reported by Haaretz did not get the attention of neither Le Monde nor of El Pais. Amnesty did not even mention it and Forbidden Stories has not updated its news feed on its website. The Haaretz revelation has deconstructed the story of +oppressive regimes using Pegasus to spy on politicians and journalists in European democracies.” The story has been debunked; the narrative is not as melodramatic as it was a year ago.” “For fear to lose face and credibility, these media and organizations have taken refuge in a summer silence waiting for the storm to weather down. Not only that, but if they cover the story, it may betray another proof that they do not have any evidence against Morocco’s use of the spyware. The legal ramifications are well-known especially since the Moroccan Government is adamant about bringing the case before European national courts to seek justice for the harm done by these very media outlets and organizations,” he notes. The other reason why Le Monde, El Pais and others do not cover the story, according to Haddad, is because it deconstructs their anti-Moroccan editorial line. “Their purpose is less professionally journalistic than it is politically motivated.” The author, who is a member of the House of Advisors, hoped that European MPs, who have justly set up a committee to investigate the affair, shed more light on the issue to such a point that Le Monde, El Pais, Amnesty, Forbidden Stories, and others see the painful truth for what it is: the clients of Pegasus are European par excellence, the victims too, their number is huge and the use is extensive. “European MEPs will probably find ways and pass laws to protect citizens, politicians and activists. But they will teach these above-mentioned media outlets and organizations the lesson of their life: take down your paternalistic and neo-colonial gown, whereby you give yourself the right to target and attack other countries and talk about clearing your own backyard before telling others that theirs is squalid,” Haddad concludes.