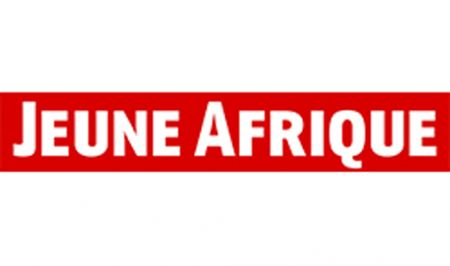 Since he acceded to the throne in 1999, HM King Mohammed VI has displayed a “marked tropism” for Africa, with a “more pragmatic vision aimed at developing South-South cooperation, whether on the economic, financial, diplomatic, security, military, religious or sports levels,” writes French magazine Jeune Afrique on Monday. To the policy of the empty chair, the Sovereign has preferred an “active presence” within the African Union (AU), notes the pan-African media in an article posted online, as part of a series of stories on the performance of Moroccan diplomacy under the title “Morocco: All-Out Diplomacy”. By mobilizing for the renewal of the continent and to help find tangible solutions to current challenges, such as climate, migration, peace and security, food and health sovereignty, and so on, Moroccan diplomacy “has managed to score points,” a Malian diplomat is quoted by Jeune Afrique. According to the magazine, Morocco’s approach within the AU has changed the perception of many African diplomats on the Kingdom and the so-called sadr. “Some say it and assume it, as seen with the many openings of consulates in Dakhla and Laayoune, while others, who were committed to Algeria and sadr, although not openly displaying it, are beginning to relativize and may even change their position one day,” according to the Malian diplomat. Today, Morocco is a “heavyweight of the African institution” and its presence “changes the balance and the long-dominant role of some states,” notes Jeune Afrique. By regularly organizing summits – such as that of African finance ministers in Rabat on June 13 and 14, the one on the fight against Daech, or mediation on Libya, whether in Skhirat in 2015 or in Bouznika from 2019 – “Morocco has become a major player in the African continent.” According to Jeune Afrique, counter-terrorism cooperation is another asset of Morocco within the AU. The Kingdom arrived with “a totally different approach to that deployed by Algiers and its allies.” Morocco’s re-election for a second term in the AU Peace and Security Council for a three-year mandate (2022-2025), with more than two-thirds of the votes, is a “sign of recognition of the efforts of the Kingdom in promoting peace and security in Africa,” comments another sub-Saharan diplomat, quoted by the Magazine. Jeune Afrique also highlights the economic role of Morocco within Africa, noting that the focus is on economic development, with some leadership taken on the issue of continental integration and the operationalization of the African Continental Free Trade Area (AfCFTA). “This factor should come into full play in the coming months. With the establishment of the AfCFTA, Morocco, through its involvement in its realization and its success, promotes the idea that we must find convergences and not rely on differences,” comments the French political scientist Emmanuel Dupuy. Jeune Afrique cites in this context the Nigeria-Morocco gas pipeline mega-project, describing it as a “more inclusive” project, which will involve more countries than the one promoted by Algiers, which was primarily aimed at preserving its interests. “For Morocco, the AU is strong if the African states are strong, and if there are countries among them have a capacity for action and can create synergies with less favored others, due to being landlocked or lack of infrastructure,” Depuy says.