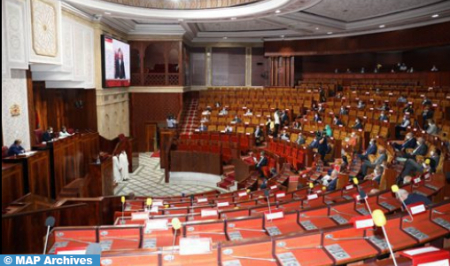 The House of Representatives (Lower House) will host on September 02-03, 2022, the General Assembly of the Association of Secretaries General of Francophone Parliaments (French acronym ASGPF). The Assembly will discuss three main themes related to “Bicameralism and the Relation between the Two Houses,” “the Code of Ethics and Conduct for Parliamentarians and Parliament Staff,” and “Parliamentary Research Centers: a Comparative Approach,” said a statement from the Lower House. On the sidelines of the Assembly, the members of the new Bureau of the Association will be elected. The ASGPF is a network that enables the exchange of experiences and expertise, and the examination of themes related to the organization and practice of parliamentary action. The Association gathers more than 100 members representing parliaments of francophone countries from all parts of the world. The Secretary-General of the House of Representatives, Najib El Khadi, occupies currently the position of Vice-President of the Association.