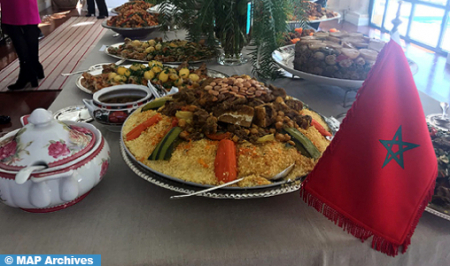 The city of Dakhla will host on September 9-10 the official tournament of chefs Africa, a culinary event organized by Rahal Event, as part of the Bocuse d’Or Africa and the African Pastry Cup. Placed under the High Patronage of HM King Mohammed VI, this culinary event will bring together more than 200 renowned chefs in cooking and pastry. It is an opportunity to discover the region Dakhla-Oued Eddahab through flavors and culinary know-how, a statement from the Rahal Event group said This competition, which is becoming increasingly popular among African chefs, will also promote the pearl of the south of the Kingdom and its products, while consolidating Morocco’s position as a hospitality destination and a reference of fine gastronomy in Africa. This culinary event will bring together eight teams of African chefs, from Morocco, Burkina Faso, Côte d’Ivoire, Tunisia, Egypt, Ghana, Senegal and Mauritius, the organizers added. The participating teams will compete for a spot on the podium to participate in the Bocuse d’Or World and the World Cup of Pastry, to be held next January as part of Sirha Lyon – the leading professional fixture for all the players in the Food Service, catering and food sectors.