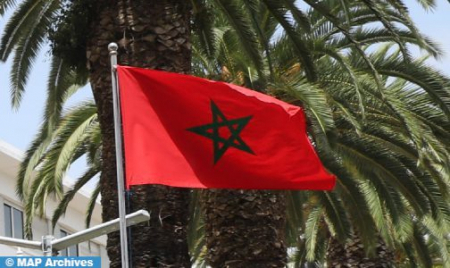 The Sheikhs (tribal leaders), notables and elected officials of the region of Guelmim-Oued Noun denounced the “provocative” approach of the Tunisian president, who received the leader of the separatists in Tunis, as part of the 8th Tokyo International Conference on African Development (TICAD 8). In a statement issued after a meeting Monday in Guelmim, they voiced their “strong condemnation” of the act of the Tunisian president which constitutes “a violation of all diplomatic charters,” stressing their rejection of any step that undermines the constants of the Kingdom, including the territorial integrity and Morocco’s sovereignty over all its territory from Tangier to Lagouira. They also emphasized the attachment of the population of the region Guelmim-Oued Noun to the spirit of solidarity, mutual aid and cooperation between the components and populations of the Arab Maghreb Union (AMU), welcoming the bold positions of some brotherly and friendly countries, which have rejected the provocations of the current Tunisian presidency. They also expressed their support for the steps taken by Moroccan diplomacy, while welcoming the mobilization of all the forces of the Moroccan people (political parties, trade unions, civil society organizations) to defend the sacredness and territorial integrity of the Kingdom.