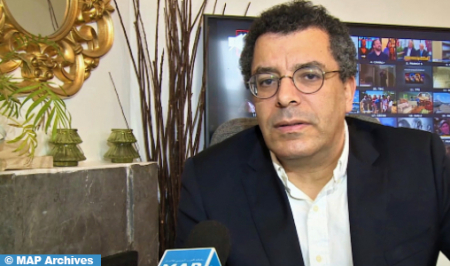 By receiving the chief of the polisario separatists, the Tunisian president has proved his “servility” towards the Algerian military regime and “his animosity towards Morocco,” according to political scientist Mustapha Tossa. This is a “provocative” gesture of the Tunisian president, who has “sold his regime, body and soul, to the generals of Algiers,” he said in an interview with the online media “Le360”. “What happened during the spectacular reception of Kais Saied, -on the occasion of the Tokyo International Conference on African Development in Tunis, is the culmination of several very aggressive, unfriendly and antagonistic steps towards Morocco,” Tossa observed. This is a “coup via a mafia-like agreement between Kais Saied and the Algerian regime,” the political scientist noted. Recalling that Tunisia abstained during the vote at the UN Security Council on resolution 2602, Tossa argued that since his accession to the presidency, Kais Saied had a “very wary and very unfriendly” position towards Morocco, as shown by the comments of “Tunisian and Algerian commentators who claim that Saied ” since the beginning of his presidency, (…) had no freedom of maneuver”. “Algiers has imposed an agenda: being in the system and being the declared enemy of Morocco,” observes the columnist, adding that the Tunisian head of state has taken advantage of the Ticad summit to “show, in a spectacular way, his servility to the Algerian regime and his animosity towards Morocco. According to Tossa, Algerian and Tunisian regimes have fomented a plan, because the authorities of Algiers are under “regional and international pressure and the Tunisian head of state is challenged from within because he has operated a constitutional coup. The Tunisian president has ransacked “all the democratic achievements” and sought a political and economic lifeline that came from the Algerian regime against Morocco.” Tossa has also called for the expulsion of the sadr from the African Union (AU), adding that “as long as this puppet entity is part of the AU structures, the AU will never be able to accomplish anything in terms of economic development and international relations.” “This puppet entity has become the gravedigger of the interests of African countries,” he said, arguing that this is an “inescapable” decision and members of the African Union will eventually take it soon. “This is exactly what will happen now, because African countries will realize that if they want to have normal relations with most international powers, the first thing and the essential strategy that must be implemented is to expel this foreign body, known as sadr, from the AU,” Tossa added. This Tunisian crisis will help raise awareness to expel this body to have normal relations, he concluded.