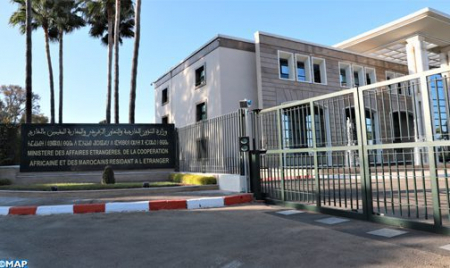 The Kingdom of Morocco welcomes the appointment by Antonio Guterres, Secretary General of the United Nations, of Abdoulaye Bathily as Special Representative for Libya and Head of the UN Support Mission in that country (UNSMIL), a statement from the Ministry of Foreign Affairs, African Cooperation and Moroccans Abroad said. The Kingdom of Morocco expresses its full support to the new UN envoy and affirms its full readiness to cooperate with him to contribute effectively to the efforts made so that the Libyan parties reach the necessary consensus for the holding of legislative and presidential elections, as the only way to overcome the current situation, it added. The Kingdom of Morocco, which hosted the signing of the Libyan Political Agreement of Skhirat on December 17, 2015, and hosted the inter-Libyan dialogue sessions in Bouznika, will continue its commitment to international efforts to establish security and stability in this brotherly Maghreb country, the statement concluded.