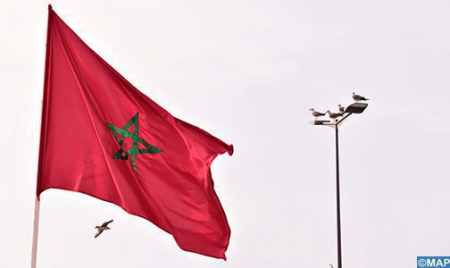 Morocco’s efforts to combat human trafficking and migrant smuggling as well as their connection with money laundering, were highlighted at a conference in Sharm el-Sheikh, Egypt. Morocco has made significant efforts to deal with organized crime, mobilizing technological tools in searches and investigations, noted Mohamed Chabib, judge president of the Family Protection and Special Categories Section at the Public Prosecutor’s Office. He was speaking at the regional conference on “Combating Proceeds from Human Trafficking and Migrant Smuggling: Priorities and Challenges,” held at the initiative of the United Nations Regional Office on Drugs and Crime for the Middle East and North Africa (Sept. 4-6). The laws and institutions to achieve this goal have been put in place, in line with the relevant international charters, he said, citing the amendment of the Penal Code and the adoption of the law on money laundering, which contains legal innovations on the preventive and repressive levels. He highlighted the legal framework for the fight against human trafficking developed by Morocco through the promulgation of Law 27-14, as well as the law on entry and residence of foreigners in Morocco and on illegal immigration, in addition to the National Strategy for Immigration and Asylum. Mr. Chabib underlined the efforts of the Public Prosecutor’s Office in combating money laundering and terrorism financing, stressing that the world is experiencing an evolution in the types of crimes and means used, alongside the evolution of means dedicated to crime fighting. Law enforcement agencies now need to diversify their tools to include financial investigations by monitoring financial activities related to human trafficking and smuggling of migrants, he concluded. The conference, held in partnership with the Egyptian Unit for Combating Money Laundering and Terrorist Financing with the support of the Kingdom of the Netherlands, will see the participation of more than 70 representatives from law enforcement agencies, financial intelligence units, the public prosecution, the judiciary, and financial institutions from Egypt, Tunisia, Algeria, Libya and Morocco, in addition to experts and speakers from various specialized regional and international organizations. Morocco participates in this three-day conference with a delegation including executives and officials from the Ministry of the Interior, the Public Prosecutor’s Office, the Directorate General of National Security (DGSN), the Directorate General of Territorial Surveillance (DGST), the Royal Gendarmerie and the National Intelligence Authority. The regional conference falls under the framework of the project funded by the Kingdom of the Netherlands, “Strengthening the capabilities of members of financial intelligence units, law enforcement agencies and the Public Prosecution Office in the field of financial analysis and investigation of cases of migrant smuggling and human trafficking, and combating money laundering resulting from these crimes.” The conference sessions discuss the importance of financial investigations as an important part of investigating human trafficking and migrant smuggling cases, the value of the joint efforts made by various parties in the financial investigation, and a look at the movement of funds and new technologies related to money transfer. These discussions will culminate in a set of recommendations that support the actions that the participating countries will take in the future.