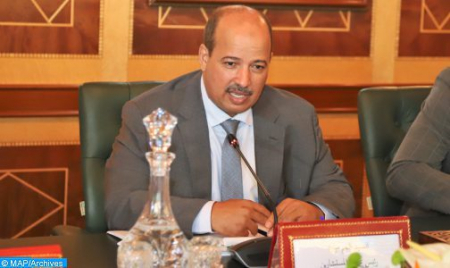 The consolidation of Moroccan-Tanzanian relations was at the heart of talks, Monday in Rabat, between speaker of the House of Advisors, Naama Mayara and deputy speaker of the National Assembly of Tanzania, Mussa Azzan Zungu, who is on a working visit to Morocco. According to a statement by the House of Adviors, the two parties discussed, during this meeting, the state of bilateral relations and ways to develop cooperation in various areas, through exploiting the opportunities offered, especially in the economic field which remains below the common aspirations of the two countries as well as in the priority areas for both countries. Mayara and Azzan Zungu also exchanged views on several issues of common interest, especially in the African continent, expressing concern about the major challenges facing African countries in the context of the exacerbation of international crises that could affect the stability and security at the international and continental levels, said the statement. In this regard, speaker of the House of Advisors called for working together to implement the memoranda of understanding and bilateral conventions signed between Morocco and Tanzania and which constitute the legal framework of these ties. Referring to the issue of the Kingdom’s territorial integrity, Mayara hoped that Tanzania would be more understanding of the Moroccan position on the bogus dispute over the Moroccanness of the southern provinces, by adopting the positive neutrality that could enshrine the image of Tanzania as a country that loves peace and stability and supports peaceful choices in the resolution of existing problems and conflicts, especially within the African continent. For his part, Azzan Zungu reported the impartiality of his country, which works to resolve conflicts in a peaceful and diplomatic way, especially since Tanzania has “paid dearly for the conflicts of neighboring countries”.