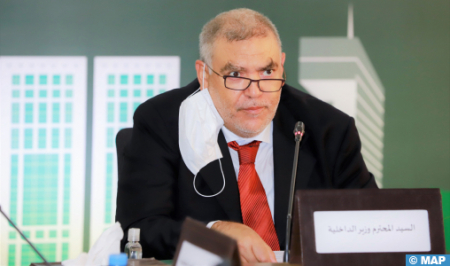 Interior Minister Abdelouafi Laftit called, Friday in Rabat, to rethink the housing policy by putting in place mechanisms to meet the emerging challenges faced by Moroccan territories. Speaking at the launch ceremony of the National Dialogue on Urban Planning and Housing, the minister called for the implementation of ” practical and operational measures to strengthen public and social policies, control the use of land resources and combat urban sprawl.” According to Laftit, the housing policy is characterized by a mismatch between supply and demand and by excessive prices, making it difficult for a significant fringe of the population to have access to decent housing. The official deplored the “unsustainable” energy policy, which does not take into account the durability of resources, heavily impacting the ability of territorial policy to accommodate urban expansion and needs in urban services and basic infrastructure. The main laws regulating urbanization enshrine practices established by the first laws adopted at the beginning of the last century, he observed, adding that the government has played an important role in the development of urban space, mobilizing land reserves and enacting urban planning rules formalized in the form of urban planning documents. These documents are now inadequate and outdated without the possibility of change or rapid adaptation, Laftit noted, adding that they are the cause of urban sprawl, depending on public and private land opportunities. Urban planning documents, he said, do not take into account aspects related to sustainable mobility, energy transition, and territorial resilience, thus hindering the management of the territory and the satisfaction of the needs of the population. The National Dialogue on Urban Planning and Housing was launched Friday at a meeting chaired by the Head of Government, Aziz Akhannouch, in the presence of Interior Minister Abdelouafi Laftit, the Minister of National Territory Planning, Land Planning, Housing and City Policy, Fatima Ezzahra El Mansouri, and other members of government.