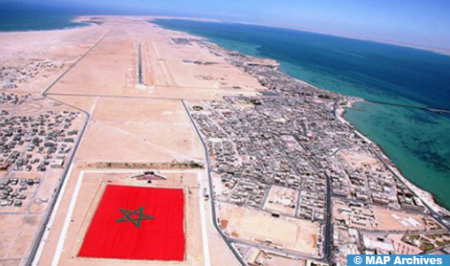 The Agence Gabonaise de Presse (AGP) has highlighted the decision of the Republic of Kenya to revoke the recognition of the so-called “SADR”. Citing a joint statement, parts of which were made public by the website of the State House of the Republic of Kenya, following the delivery of a message from HM the King to the Kenyan Head of State, William Ruto, AGP reported that “the Republic of Kenya has decided to revoke its recognition of the pseudo SADR and to initiate the steps for the closure of its representation in the country”. “Out of respect for the principle of territorial integrity and non-interference, Kenya fully supports the serious and credible autonomy plan proposed by the Kingdom of Morocco as the only solution based on Morocco’s territorial integrity” to resolve the dispute, it adds. “Kenya supports the United Nations framework as the exclusive mechanism to achieve a lasting and permanent political solution to the dispute over the Sahara issue,” the same source added.