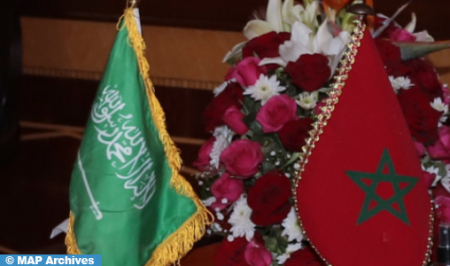 Minister of Justice, Abdellatif Ouahbi, held talks, Monday in Jeddah, with his Saudi counterpart, Walid bin Mohammed Saleh Al Samaani, as part of the strengthening of friendly relations between the two kingdoms and to give a new and strong impetus to the ties uniting Morocco and its brotherly Gulf countries. During these talks, the two parties agreed to strengthen bilateral cooperation in the civil, commercial and personal status fields. The two ministers also agreed to exchange expertise in the field of training in the professions related to the judicial system. They highlighted the importance of consolidating the means of “excellent” coordination existing between the two kingdoms in the various international fora. The meeting was an opportunity to highlight the quality of fraternal ties between the Kingdoms of Morocco and Saudi Arabia, drawing its strength from the fraternal relations between His Majesty King Mohammed VI and the Custodian of the Two Holy Mosques, King Salmane bin Abdelaziz. This meeting is part of a series of visits by the Minister of Justice to eight Arab countries, namely Saudi Arabia, Bahrain, Kuwait, Qatar, Oman, the United Arab Emirates, Jordan and Egypt.