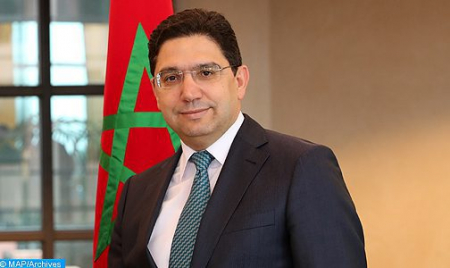 Minister of Foreign Affairs, African Cooperation and Moroccans Abroad, Nasser Bourita, held talks, on Tuesday at the UN headquarters in New York, with his Finnish counterpart, Pekka Haavisto. This meeting took place in the presence of the the Ambassador Permanent Representative of Morocco to the UN, Omar Hilale, and the Ambassador Director General at the Ministry of Foreign Affairs, Fouad Yazourh. The talks took place on the sidelines of the general debate of the 77th session of the United Nations General Assembly.  Mr. Bourita accompanies the Head of Government, Aziz Akhannouch who chairs the Moroccan delegation to the UN General Assembly, on the instructions of HM King Mohammed VI.