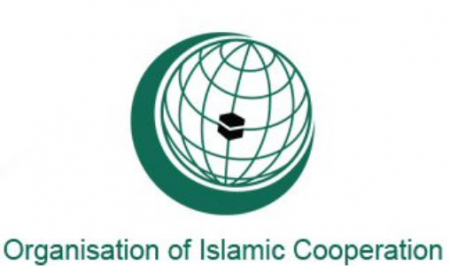 The Palestinian issue and the status of Al-Quds city are still at the center of the concerns of all Moroccans, and will continue to occupy an important place in the political, diplomatic and humanitarian action of the Kingdom under the leadership of HM King Mohammed VI, Chairman of the Al-Quds Committee, said Minister of Foreign Affairs, African Cooperation and Moroccans Abroad, Nasser Bourita. The position of Morocco was and will remain clear and constant vis-à-vis the Palestinian issue which enjoys a special interest among all Moroccans, the minister said, speaking at the Annual Coordination Meeting of Ministers of Foreign Affairs of the OIC Member States held on the sidelines of the 77th session of the United Nations General Assembly in New York. This position was behind the call of the late HM Hassan II to his brother leaders of Islamic countries, in 1969, to hold the historic first Islamic Summit in Rabat, which led to the creation of the Organization of the Islamic Conference. Like all brotherly Islamic countries, the Kingdom has emphasized that the Palestinian cause remains at the heart of the organization’s concerns, Bourita added. Comprehensive peace in the region cannot be achieved unless the Palestinian people benefit from its legitimate rights, including the establishment of an independent state, with Al-Quds as its capital, within the framework of the two-state solution and under the relevant international resolutions, the FM stated. In this context, Bourita noted that Morocco will continue its efforts, using its capabilities and its distinguished relations with all the parties and all the international powers acting to ensure the right conditions for the resumption of negotiations, which are the only way to end the conflict and ensure peace and stability in the Middle East. The FM also recalled that the Bayt Mal Al Quds agency has undertaken, under the personal supervision of HM King Mohammed VI, many projects in the areas of housing, education and social action to help improve the living conditions of the Holy City’s inhabitants, support their resistance and preserve the civilizational and spiritual aspects of Al-Quds, given its place as a crossroads of the three monotheistic religions, common heritage of humanity and land of cohabitation. Bourita stressed that the Organization is called upon to meet the challenges posed by an international situation marked by several upheavals, which affect the lives of all peoples of the Islamic Ummah. He added that the political issues facing the organization should not overshadow the social and developmental issues that are the basis for consolidating cooperation and promoting trade among member countries to raise them to the expected level, meet the challenges posed and overcome the economic crises. The Minister welcomed, in this regard, the accession of the Organization’s countries to the Trade Preferential System among the OIC Member States as well as the action taken by the Standing Committee for Economic and Commercial Cooperation of the Organization of the Islamic Cooperation (COMCEC). This system is likely to strengthen the capacities of the member countries to establish fruitful partnerships and consolidate joint Islamic action, he said. Regarding the reform of the Joint Islamic Action System, Bourita emphasized the imperative of pursuing this momentum within the framework of a partnership vision based on the convergence of views among the member countries, to promote Islamic action and develop its methods and mechanisms.