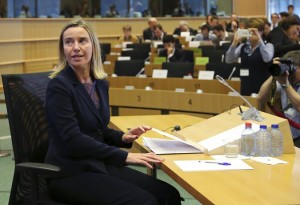 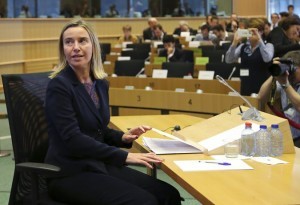 The 28 Member States of the European Union have welcomed the strengthening and the constitutionalization of the role of the Moroccan National Council for Human Rights in matters of human rights monitoring and defense, through the creation of two regional offices in Laayoune and Dakhla.

“The EU welcomes the strengthening of the branches of the National Council for Human Rights (French acronym CNDH) in Laayoune and Dakhla,” said Thursday, the High Representative of the EU for Foreign Affairs and Security Policy Federica Mogherini.

Mogherini who was answering, on behalf of the European Commission, a written question by a Member of the European Parliament, also said that the EU gives financial support to the CNDH to help it carry out its human rights monitoring activities, including in the southern provinces of the Kingdom. In addition to monitoring human rights, the CNDH also makes recommendations on the evolution of human rights in Morocco, she said.

Mogherini recalled that the EU supports the UN efforts to achieve a just and lasting settlement of the Sahara conflict and closely follows the developments of this issue.

The European official also underscored the European Union’s concern over this longstanding conflict and its consequences for the entire region.

In 2013, the EU and Morocco signed a  € 2.9 million program destined to strengthen the institutional capacity of the CNDH and its regional branches as well as the professional skills and monitoring capabilities of these branches.

In an attempt to settle once and for all the territorial dispute with neighboring Algeria, in 2007, Morocco submitted to the UN an autonomy plan for the Sahara under Moroccan sovereignty. The initiative was welcomed as “serious, credible and realistic” by several countries, including the permanent members of the Security Council, but the Polisario Front and Algeria, as a stakeholder in this conflict, rejected it.