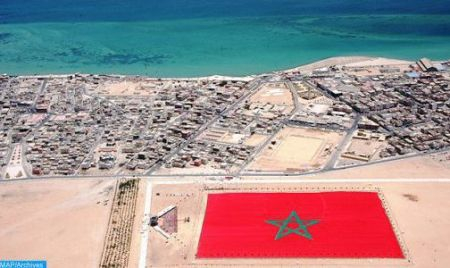 Luxembourg considers the autonomy plan, presented in 2007 by Morocco, as “a good basis for a solution accepted by the parties” regarding the Sahara issue. In a joint statement issued after talks, Tuesday in Rabat, between Minister of Foreign Affairs, African Cooperation and Moroccans Abroad, Nasser Bourita, and Minister of Foreign and European Affairs of the Grand Duchy of Luxembourg, Jean Asselborn, who is on a working visit to the Kingdom, “Luxembourg considers the autonomy plan presented in 2007 as a serious and credible effort of Morocco and as a good basis for a solution accepted by the parties”. In this sense, Asselborn reiterated Luxembourg’s long-standing support for the process led by the United Nations for a political solution that is realistic, pragmatic, sustainable and mutually acceptable to the parties. According to the joint statement, Morocco and Luxembourg agree on the exclusivity of the UN in the political process and reaffirm their support for UN Security Council Resolution 2602 which noted the role and responsibility of the parties in the search for a realistic, pragmatic, sustainable and compromise-based political solution. The two ministers also welcomed the appointment of the Personal Envoy of the UN Secretary General, Staffan De Mistura, and reaffirmed their support for his efforts to advance the political process on the basis of the relevant UN Security Council resolutions. Today, the autonomy plan enjoys a strong momentum and clear support of increasingly European countries, such as Spain, France, Germany, the Netherlands, Cyprus, Luxembourg, Hungary, Romania, Portugal and Serbia.